Gift your loved ones this beautiful floral, Sweet bouquet in a 22x10cm blue glass vase adorning pastel pink seasonal blooms. The bouquet is tied with a silky black ribbon.

The florals come with a complimentary guide to help you care for them.

Many people are often frustrated by how short-lived a bouquet maybe once they get it home. They may forget that fresh-cut flowers are still living entities that can be encouraged to last much longer under the right conditions. The following tips will help make your Sweetness florals last longer.

Flowers drink a lot of water! It is not uncommon for a large flower arrangement to suck up all the water in a vase within the first day or two you have it at home. Keep the vase full to ensure the flowers do not dry out and wilt. Flowers are also highly susceptible to bacteria that builds up as stems sit in the water. By changing the water in the vase every 2nd day, even if the water hasn’t been used up, will help keep your flowers fresh longer (and avoid that horrid rotten smell that develops if you let them sit a long time). For large formal arrangements, carefully tip the vase over a sink to let the water drain without disturbing the design. Then re-fill the vase by gently pouring water in at the top of the flowers.

Trim at least 1 cm of stem off your Sweetness Florals before you put them in a vase and each time you change the water.

As flowers sit out of the water on your ride home, the ends of the stem dry out and the cells die, making it difficult for the flowers to absorb water. By cutting the stems just before placing them in the water again, you expose fresh tissue that can suck up the water much more efficiently. When you trim stems when you change the water in the vase a few days later, you remove tissue at the tips that may be breaking down and once again expose fresh tissue that absorbs more water.

Keep your Sweetness Florals away from heat and bright light.

Sometimes people think they should set their vase of flowers in a sunny windowsill since that is where a plant would be happiest. However, cut flowers are actually the opposite of potted plants. They are at their peak of perfection. Sun and heat will encourage them to “mature” and thus quicken their demise. Instead, keep your cut flowers in a cool dark spot if you would like them to last as long as possible.

Ripening fruit gives off an odorless invisible gas called ethylene. This gas is harmless to humans, but rather deadly to flowers. The science behind it is as such: in the plant world, flowers are the precursor of fruit. Once a flower is pollinate, it begins to develop into fruit so it can form seeds and start the plant life cycle over again. Ethylene is the gaseous hormone in the plant that induces that flower to drop its petals and become a fruit. As the fruit matures, it continues to give off ethylene. When you sit your vase of flowers next to ripening fruit, you’re exposing them to this gas and they will decide they’d better drop their petals the way Mother Nature intended.

After you throw out your last arrangement, be sure to wash the vase/container very thoroughly in hot soapy water or, better yet, in your dishwasher.

Bacteria build up in dirty vases and do not go away just because the vase dries out. As soon as you add water again, the vase will once again be full of bacteria and your new bouquet will be subjected to the same bacteria that killed the last bouquet. Give your flowers a fresh clean environment free of bacteria and they will last much longer.

Use “flower food” for most flowers.

While changing the water every other day or so is often just as effective for making flowers last longer, adding those flower food packets that come with packaged flowers are beneficial as well. This is especially true if you’re forgetful/lazy and won’t be changing your flowers’ water regularly. In addition to “feeding” the bouquet, these food packets contain a bactericide that keeps the water fresh for a day or two longer. You can make your own flower food by adding about 1 teaspoon of sugar, 2 teaspoons of lemon juice and 1 teaspoon of bleach to your vase before adding about a quart of warm tap water. It is worth noting that there are a few flowers that actually do NOT like flower food in the vase. Some of these are: zinnias, sunflowers and glads.

Use sharp scissors when cutting.

If you use dull old scissors or snips to trim your flowers, you are often smashing, and thus damaging, the tissue/cells at the end of the stem. Damaged cells cannot absorb water as effectively as healthy cells. Sharp scissors ensure a clean cut that leaves cells unharmed (except the poor few that inevitably get sliced).

Enjoy your Sweetness Florals!
From Cebile

Flower orders from 8 am - 5 pm In Centurion ONLY.

Guaranteed to make your loved one smile. 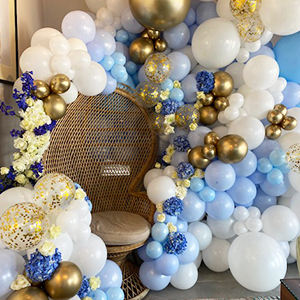 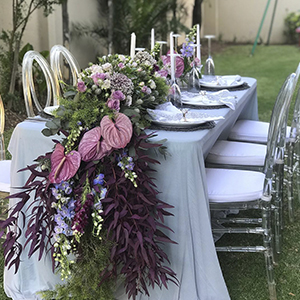 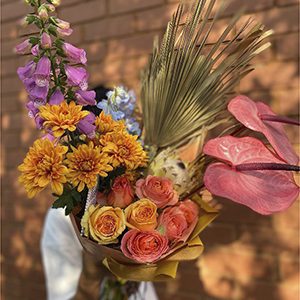 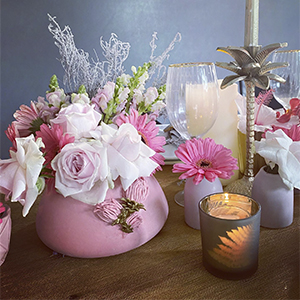 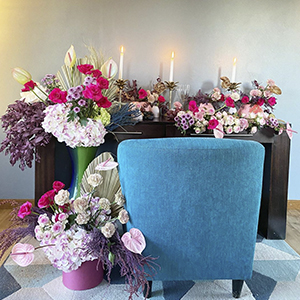 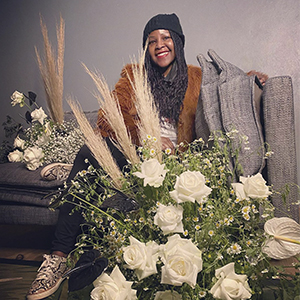 Don't miss out on exclusive offers and competitions!